“In China, there is a type of bamboo that doesn’t appear to grow at all, for the first four years. It just develops a massive root structure while the shoot barely shows. In the fifth year, it grows eighty feet! Many things in life are like that Chinese bamboo. You may not see any initial evidence that what you are about is making a difference. But if you persist, eventually a tremendous harvest will result.”
–Anonymous

Well, we are not in China, but here in Times Square, just off Broadway, Encore’s story is very much like that bamboo shoot…founded in 1977, Encore never imagined that almost 35 years later, Encore would be where it is today. Take a few moments to explore Encore’s website: see for yourselves. Persistence is called for as the need for some of Encore’s services is more urgent today, than in 1977. Come, learn, support and join the effort to keep the “encore bamboo” alive and growing! 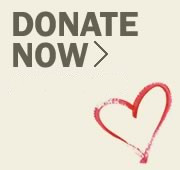